Museum ’t Kromhout is a ship-engine museum where you can see engines in working condition.
about us

The shipyard and the museum are covered with a roof construction of riveted steel.
The roof over the shipyard was originally erected in 1887, at what is now the Museumplein square, for the World Exhibition of Foodstuffs.
After the exhibition, the roof was sold to 't-Kromhout and taken to cover the slipway located at Hoogte Kadijk, creating the first covered shipyard in the Netherlands.
When it was decided to set up an engine workshop, an identical roof was constructed alongside the first one. 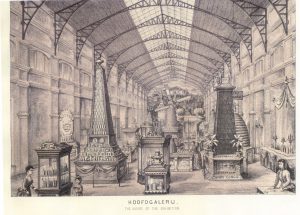